To show what we have discovered until now we were called upon holding a Pecha Kucha presentation wich means 20 pictures in a slide show, each is shown for 20 seconds. This is the text I aquired.

We live in a society wich is used to deny death.
Like sexuality, death is something only being talked about behind closed doors.
In the past the church had preserved the monopoly of dealing with death. How is death to be handled when faith is missing?  How does that work without rituals?
this topic interests me because I am asking myself
how can we appreciate life if we don’t know anything about death? I think that throughout getting in contact with the topic of death we can feel the immensity of life.

So I started to ask a lot of questions.
But the more questions I asked the more came up and lots and lots of information
I wanted to make this huge topic a little less heavy. To give a light overview, informations and assistance.

If you were going to die soon and you would only have one phone call you could make.
Who would you call? And what would you say?

And why are you waiting?

This question by famous author Steven Levine sums up pretty much a lot of other questions and gives information wether we have thought about death yet or how we deal with that topic.

Here you can see what I discovered happens next. ( Herby and Marie arguing on several photos)
Whenever I started to talk about that issue a conversation came up and everyone had something to add.
And this is what I do for my 100 days.

2. On the point of death – assistance and information

Seventy-five per cent of the population take their last breath in a old people’s home home or hospital. Most die in institutions where death is considered the enemy.
Relatives are often left alone

In my work I want to have a part with general information but also a
part with rituals that can help you let go.
because letting go is one of the most important things. also for the relatives.
In times before the death everyday moments are important.
If you have a calm mind also the invalid can come to rest.

A friend of mine told me that after his mother died he experienced the contact with the undertaker as traumatic. He described it as pale thin men in cheap suits giving him a fake look of compassion. They took everything out of his hands and the next time he saw his mother was at the funeral.
I want to show what has to be done and where you have room to decide
For that I want to make a checklist. step by step. What has to be done and what is possible.

The pain of separation from a dearly loved one is among the greatest of a lifetime.
Some people speak of grief as though they were walking beneath a great ocean.
The rational mind can’t ‘understand’ what has happened.
It is the time to to honour the moment, to let grief find expression.

We know printed grief items mostly from memorial cards, death notices or condolence books.
For my project I wanted to overthink all of these again and make a link to historical grave goods.

My second idea overthinks the concept of condolescence books.
Those books normally belong to the relatives of the decedent.
I’d like it better to take it out of the book format.
An envelope for everyone who likes. In it are a card on wich you could write a nice memory you shared or glue a photo you could also write something critical.
This is only between you both.
Also in the envelope, could be a seed paper which shows the circle of life.
plant it in your garden or keep it as you like.
all the cards with the written memories will be bound together like letters in the past and will be given into the coffin.

The third anchoring item could be a poster which you could hang up in your room and it could give you calm and strength when you need it without showing everyone that you are in grief.
I thought about sleek and clean typography one bright color, no illustration

I already started playing around with different types of paper and printing techniques.
The colours have a clear link to death:
For example red is the color of mourning in Ghana
Yellow symbolises the sun. Is the color of death and sorrow in Egypt.

The Typo I decided to use for headlines is a relative young one.
I’ts Sang bleu by Swiss type foundry Swiss typefaces.
It is a great mix of young and old style, look at those beautiful serifs.
I combined it with Swiss In’tl. I liked to have a sans-serif font for rolling text and I think they go together very well

For my process folio I thought about making something like a folder.
Coming back to the Idea of a collection and with this screw binding I could combine different kinds of paper and size.

In times where we are overstimulated by digitalisation.
I want to use Graphic design to build a room to rest.
I want to make Items that help.
When holding hands, holding a moment, holding an object is helping to keep calm throughout the overflow. 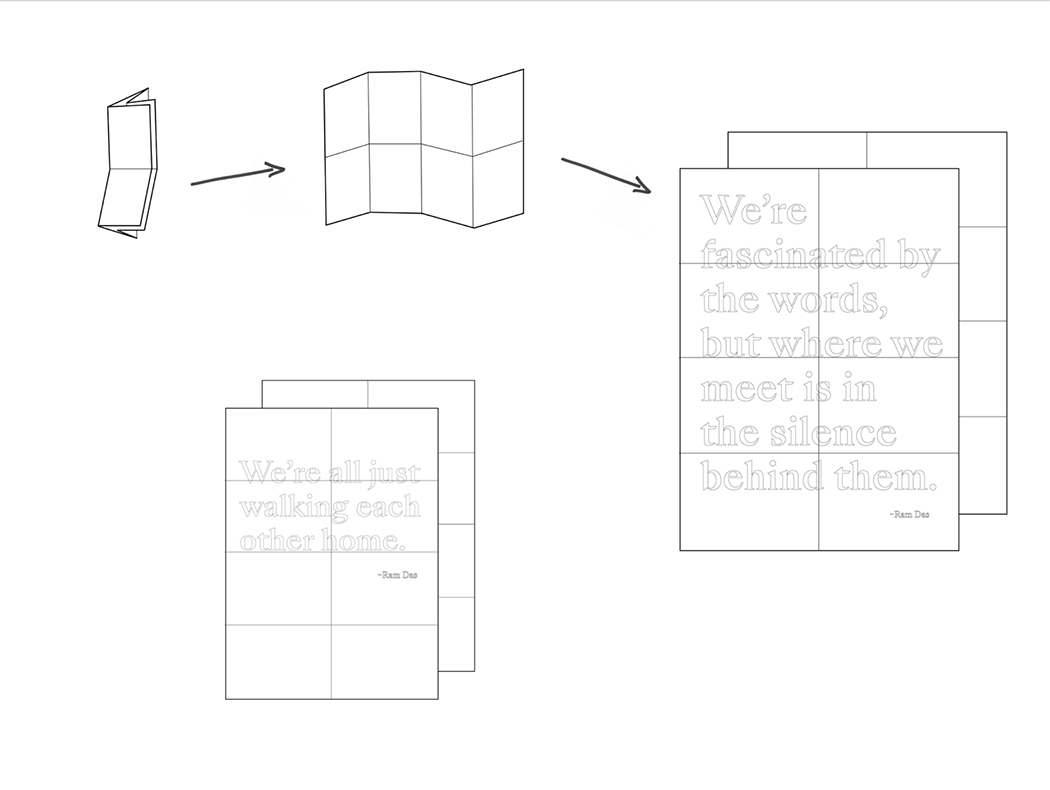 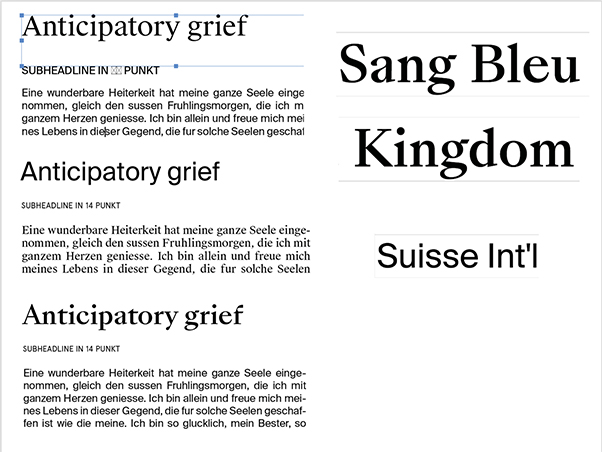 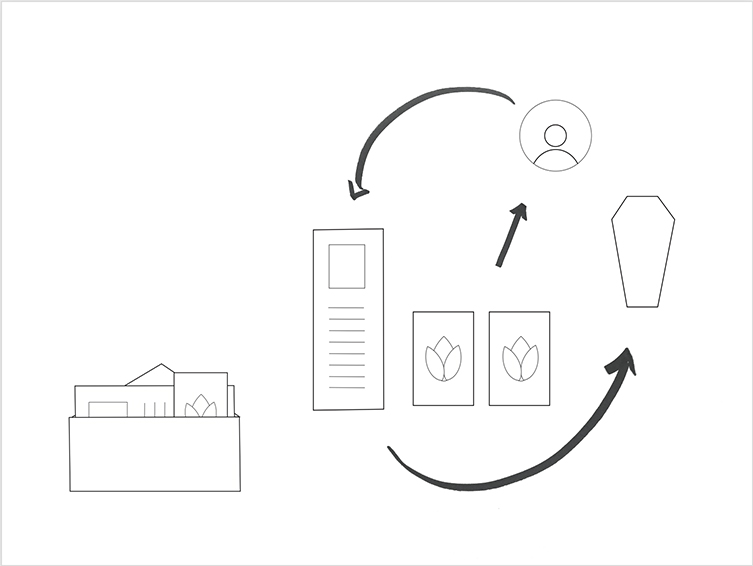